“Mark looks long and hard and with great clarity at his subjects but manages somehow to suggest the immediacy of a glance. Scattered objects carry weight, not symbolic but emotional, so that what seems incidental becomes telling.”

“Then there’s the light. He’s interested in it, not just as a vital source, but as an additional character, which, again makes his paintings so present. He captures the fleeting moment the light hits the glass or face and makes it vivid and integral; alive.”

“Art has always defined me: I would draw like other people would read.”

The son of an RAF fighter pilot, Mark was born in Amman, Jordan in 1961 and sent to boarding school in Berkshire aged seven. It was here that his passion for art was ignited and encouraged.

“For me, art at school was an instinctive means of expression and communication,” he says. “It was many years later that I discovered I’m dyslexic.”

Mark went on to take a foundation course at the Cambridge College of Art and Technology, specialising in printmaking, followed by a degree in illustration at Brighton, graduating in 1984.

Some of his first commissions were for major publishers such as Penguin, Random House and Heinemann. He created book covers for Gabriel Garcia Marquez, Aldous Huxley and PG Wodehouse as well as many others. He also designed posters for the National Theatre production of Wind in the Willows and record covers for Chris Rhea.

During his 15 years as an illustrator Mark continued to feed his need to paint and began showing at galleries in Bath and London.

“In 1999 I was ecstatic to have a portrait accepted for the BP Portrait Award at the National Portrait Gallery,” he recalls. “I had another accepted the following year and received a commendation in 2002. This led to my first portrait commission and marked the start of my career as a portrait painter.”

Mark continues to exhibit widely both as a solo artist and at carefully chosen group shows. He is immensely proud to have been recognised with a number of respected art prizes, most recently winning a first in the Sunday Times Watercolour Competition 2020. 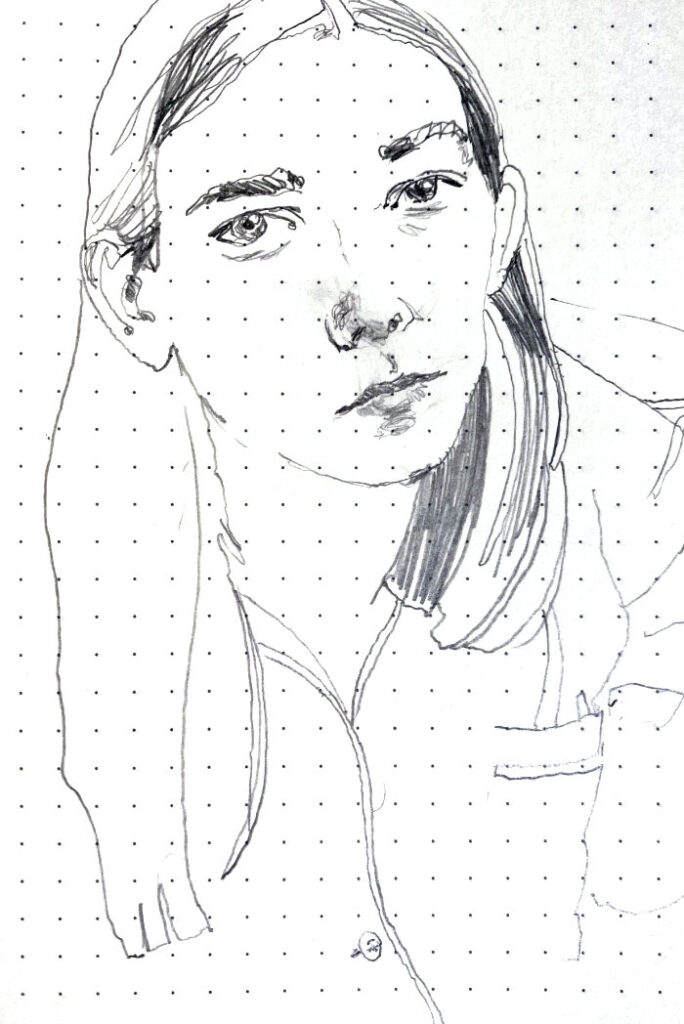